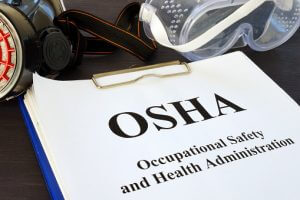 The Occupational Safety and Health Administration (OSHA) oversees workplace safety. OSHA is supposed to inspect workplaces to make sure minimum safety standards are met. A workers' compensation attorney knows, however, the agency is grappling with too few investigators and a limited budget. That means the regulator is often unable to conduct inspections until a report is made of problems or until a worker is injured.

New reporting requirements could alert OSHA sooner and in more situations when a problem occurs so the agency can take swift action. Problematically, studies show many employers are not even living up to their current obligations for reporting and record-keeping under OSHA rules.

The rules reduce the length of time an employer has to alert OSHA to a problem. The rules also increase the situations where OSHA must be alerted to an injury. For example, existing rules have no specific requirement mandating OSHA be notified after an employee loses an eye or a body part due to amputation.  The existing rules also require notification to OSHA when three or more workers are hospitalized, while the new rules reduce that requirement to one.

The new rules can help the agency to better target workplaces where there is a problem, as OSHA will know sooner when an employer repeatedly has safety violations. Unfortunately OSHA notification and record-keeping requirements are effective only if followed. A recent study calls into question whether employers adhere to these standards.

The study was conducted by the Washington State Department of Labor & Industries. It revealed only around 10 percent of companies were actually in compliance with OSHA record-keeping rules out of 110 different companies interviewed by researchers.  While 97 companies had some type of records, many did not use correct OSHA logs, incorrectly classified incidents and reported unnecessary incidents.  Of the 53 companies that used temporary workers, around half also indicated they did not include records of any worker injuries suffered by temporary employees on OSHA logs. This is significant because previous research has indicated temporary workers tend to be at heightened risk of serious injury, as compared to regular, full-time workers.

If employers are not able and willing to effectively comply with OSHA rules, this makes the job of the agency even more difficult. Employers must understand their obligations to protect workers and should at least meet the minimum OSHA requirements.

Employers benefit from following the rules and maintaining a safe workplace not only because they can avoid OSHA fines, but because when they keep employees safe, the company avoids the requirement to provide benefits after a work injury.