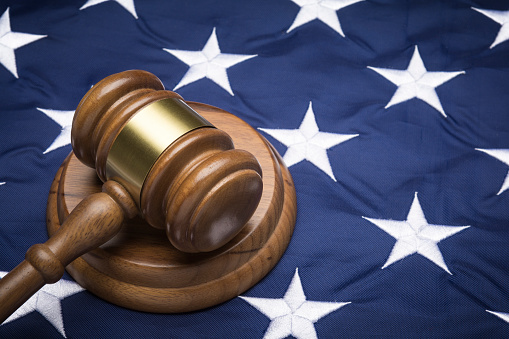 Employees should be paid for the hours they worked. It’s a simple concept, but it’s an issue that is the center of a lot of disputes between workers and their employers. In a July decision, the state’s high court weighed in.

In a 5-2 decision, the Pennsylvania Supreme Court ruled that workers must be paid for the time they spend on mandated security screenings, including the screening itself and time spent waiting to be screened. The court majority ruled that payment is required by the state’s Minimum Wage Act.

That law “plainly and unambiguously requires payment for ‘all hours worked,‘ signifying the legislature’s intent that any portion of the hours worked by an employee does not constitute a mere trifle,” wrote Justice Debra Todd for the majority.

The case was filed in 2013 by Neil Heimbach and Karen Salasky, who worked at one of Amazon’s warehouses in Breinigsville.

The workers at the warehouse were required to go through a security screening after they clocked out for the day. This involved going through metal detectors and having their bags inspected. But the lines sometimes moved slowly. Plaintiffs claimed they spent about 21 minutes of unpaid time a week waiting in line.

Heimbach and Salasky had appealed their case to the federal appeals court in different states, and the Pennsylvania Supreme Court had been asked for guidance on that state’s wage law. The court said mandatory security screenings count as hours worked and that the state does not view short periods of time as too trivial to be considered for compensation.

Peter Winebrake, the lawyer for the Breinigsville workers, said the case for unpaid wages will now resume in federal court.

The ruling could have implications across the state. Amazon is facing a similar suit in Philadelphia involving current and unpaid workers. The decision could also encourage similar claims against other companies. Legal experts cited “logging into software at call centers or donning a gown at meat processing plants” as potential examples of hours worked that have remained unpaid.

“In the era of COVID, one could imagine that it might also include things like temperature checks and rapid tests,” she said.

Winbrake said he sees the recent ruling in Pennsylvania as part of a trend throughout the country in which courts expand worker rights under existing state law.

“Now businesses really have to, in addition to asking whether they’re complying with the federal law, they have to start looking at the state laws,” he said.

At O'Malley & Langan Law Offices, we know that worker’s rights can never be taken for granted.

"We fight for workers, especially when they have been injured on the job," says attorney Todd. J. O’Malley, founder of the law firm. "Our experienced workers' compensation attorneys help clients navigate the claims process and fight for the benefits that they deserve."

Learn more about how we can help. If you’ve been injured at work in Northeastern Pennsylvania, contact us to schedule a free consultation.