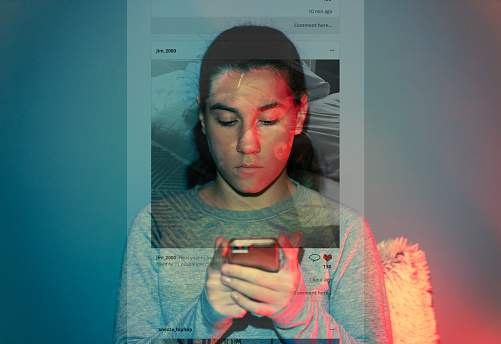 Hold social media platforms accountable for their actions. Contact our law firm to explore your options.

Social media platforms like Facebook and Instagram have been linked to a recent increase in depression and other mental health issues among teenagers, according to researchers and journalists studying this issue, including an in-depth investigation conducted by The Wall Street Journal and other news outlets.

"The correlational evidence showing that there is a link between social media use and depression is pretty definitive at this point," said San Diego State University psychology professor Dr. Jean Twenge in an interview with NPR. "The largest and most well-conducted studies that we have all show that teens who spend more time on social media are more likely to be depressed or unhappy."

Worst of all, Facebook (which also owns Instagram) knows its social media platforms cause extensive mental health issues among young adults (especially teenage girls) but refuses to do anything to address the negative influence of its products, which could be grounds for legal action against the company.

“Facebook seems to be taking a page from the textbook of Big Tobacco—targeting teens with potentially dangerous products while masking the science in public,” U.S. Sen. Richard Blumenthal, D-Conn., wrote in an email to The Wall Street Journal as part of its investigation into the harm caused by social media.

How can social media harm a child?

Extensive research has found that social medial platforms like Facebook and Instagram cause harm among teenagers, who widely use the online platforms and can be easily influenced by harmful images and posts on social media. This is primarily due to “the effects of negative social comparison” on Instagram and other social media platforms, according to The Wall Street Journal.

“About a quarter of the teens who reported feeling ‘not good enough’ said the feeling started on Instagram. Many also said the app undermined their confidence in the strength of their friendships,” The Wall Street Journal noted.

“For some people, it might be tempting to dismiss this as teen girls being sad,” Dr. Twenge said in the article. “We’re looking at clinical-level depression that requires treatment. We’re talking about self-harm that lands people in the ER.”

Another study conducted by Dr. Brian Primack, Dean of the College of Education and Health Professions and Professor of Public Health at the University of Arkansas, found that young adults who used social media more “were significantly more likely to develop depression within six months."

As early as 2019, internal documents from Instagram and Facebook obtained by The Wall Street Journal reveal a corporate culture focused on exploiting teenagers for financial gain, even though its social media platforms cause extensive mental health issues, especially among teenage girls.

“We make body image issues worse for one in three teen girls,” read an internal slide presentation at Facebook about Instagram that was obtained by The Wall Street Journal.

“Teens blame Instagram for increases in the rate of anxiety and depression,” said another slide in the same 2019 presentation. “This reaction was unprompted and consistent across all groups.”

“Thirty-two percent of teen girls said that when they felt bad about their bodies, Instagram made them feel worse,” researchers wrote in a March 2020 presentation at Facebook, according to internal messages obtained by The Wall Street Journal. “Comparisons on Instagram can change how young women view and describe themselves.”

What is being done to address this social media problem?

Recently, the only minor change Facebook has made is temporarily halting plans to develop an Instagram app that targets children under 13 years old, according to The New York Times. Otherwise, little has been done to address the harmful effects of social media platforms like Facebook and Instagram on teenagers. Instead, the company continues to publicly deny that its products cause any harm, despite its own internal research which confirms the negative effects of its products.

“The research that we’ve seen is that using social apps to connect with other people can have positive mental health benefits,” Facebook co-founder and CEO Mark Zuckerberg said at a congressional hearing in March 2021.

Instead, Facebook and Instagram seem more focused on expanding the number of teenagers who use their products and increasing the company’s profits, which generates more than $100 billion per year in annual revenues.

“Instagram is well-positioned to resonate and win with young people,” said a researcher’s slide posted internally in 2019. Another 2019 internal post obtained by The Wall Street Journal read: “There is a path to growth if Instagram can continue their trajectory.” 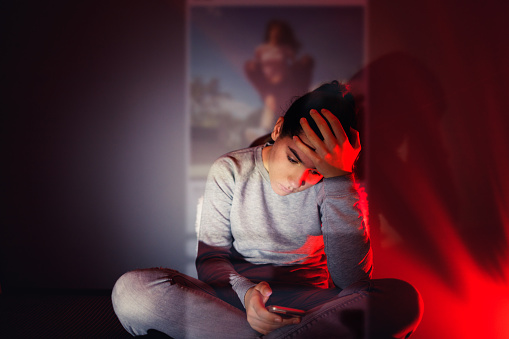 Growing evidence illustrates the real harm caused by the negative influence of online social media platforms like Facebook and Instagram. But taking on these giant corporations alone can be daunting. Facebook has an entire team of attorneys working for them to address any legal challenges they may face due to the harm caused by its products. That’s why it’s important to have an experienced attorney on your side, making your legal case clear and compelling.

"If you think your son or daughter's mental health has been harmed by the negative influence of social media, give us a call," said attorney Todd. J. O’Malley, founder of O'Malley & Langan. "Our knowledgeable attorneys have decades of experience dealing with a wide range of complex legal matters, and we would be honored to speak with you about your potential legal case. As your lawyer, we can work with you to explore your legal options."

Don’t simply assume there’s nothing you can do about the negative influence of Facebook, Instagram, or other social media platforms on your children. Learn more about how we can help you. Talk to an attorney from our law firm to learn more about your legal rights.

Contact us today to schedule a free consultation. We have three offices conveniently located in Scranton, Pittston, and Towanda, and we handle cases throughout Pennsylvania.