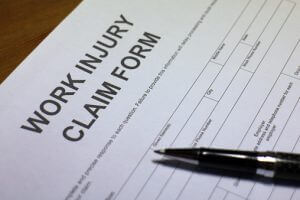 When involved in an accident at work in Scranton, Luzerne, Bradford, Schuykill or surrounding areas, it is imperative to seek medical attention right away. You should tell your doctor about all of the symptoms you are having, even if you don't think they are severe. You should also make sure that the medical professional who is treating you keeps detailed records about your physical complaints, the testing and treatment you undergo, and your progress at restoring health.

A workers' compensation lawyer knows that a failure to carefully document your injuries can make it difficult or even impossible to get benefits. Safety News Alert, for example, reported one recent incident where a woman was hurt at work and she was ultimately denied benefits. The denial came, in large part, because the particular injury she suffered was not reported quickly enough and because her doctor did not adequately and completely document her health issues.

Documentation is Key to a Successful Workers' Compensation Claim

To recover benefits for an on-the-job injury, you must be able to show that injury occurred during the course of your work. Medical records and statements from witnesses can help. You need to see a doctor immediately after getting hurt, and talk to a lawyer for help getting your paperwork correct. Failure to do this can have serious consequences.

This case went all the way to the state supreme court, but she was ultimately unsuccessful. The incident began when she slipped and fell down the stairs at work. Immediately after the fall, she reported pain in her hand.

She sought medical treatment and was diagnosed with several fractures in the hand where she was complaining of pain. Within two days of injury, she filed a notice of injury with her employer. In the notice, she mentioned only the damage to her hand. However, in a follow-up visit with her doctor a month after the initial incident, she reported that she was also having hip problems.

An MRI of her right ship showed that she had avascular necrosis. Her doctor attributed this to a likely after-effect of the slip and fall that she took at work. The woman had to have her hip replaced.

After the diagnosis of the hip problems, the woman made a workers' comp claim and alleged that her job was the reason her hip was hurt. The state board denied her claim for benefits, and she requested a hearing to try to argue her case. Several witnesses, who were co-workers when the incident happened, testified to affirm that her employer was responsible for the fall and the injured hip.

However, another doctor testifying said that the AVN was not related to the fall, indicating that - among other reasons - the AVN was found in both hips. The second doctor was apparently found more credible, and the benefits were denied. The employee will now have her case heard in the state Supreme Court. It has been a long battle, and one that could perhaps have been prevented if the proper notifications of injury had been made properly and timely.