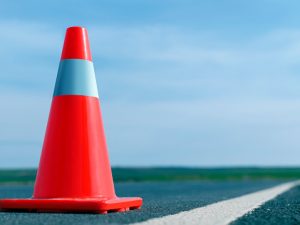 Construction accidents in Pennsylvania happen fast, but the consequences can last a lifetime. This is especially true for the workers fixing our roads, who suffer more fatalities than any other construction industry. Between 2011 and 2016, a total of 532 workers nationwide were killed working at roadside construction sites.

Going back even further, 1,269 workers have died in roadside construction accidents nationwide since 2003. Overall, that figure represents roughly 9 percent of all workplace accident fatalities each year. This is according to a recent report from the Center for Construction Research and Training, also known as CPWR.

About half of those fatalities resulted from workers being struck by vehicles or mobile equipment, the report states. And nearly three-fourths of the workers killed were employed in the highway, street and bridge subsector.

Proposed ideas to make road work safer include creating more visible signage, improving barriers to the work site and the road, implementing warning systems for both drivers and workers, increased enforcement of speed limits, and using engineering controls such as closing roads or rerouting traffic when possible.

Other possible measures include:

All it takes is one small mistake to cause a serious roadside accident for construction workers. And when it comes to construction accidents, injuries are often life-threatening and can change family members' lives forever. With so much at stake, it's critical you have an experienced, aggressive attorney on your side, fighting for your rights. In Northeastern Pennsylvania, many families rely on the hard-working, results-driven accident attorneys at O'Malley & Langan. Contact us today.