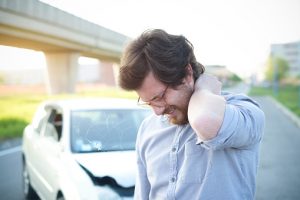 If you are injured while on your commute to or from your place of employment, there is a good chance your employer will argue you aren't entitled to workers' compensation due to the coming-and-going rule.

There are two main criteria you have to meet in order for your injury to be compensable:

The basic logic behind coming-and-going is that if you are commuting to or from work, you aren't acting in the scope of employment and you aren't providing a benefit to your employer.

In the Course of Employment

In order for an injury to occur in the scope of employment, it must involve actions or activities an employee might reasonably undertake as part of his or her job.

Our workers' compensation lawyers in Scranton will look at previous case law and determine whether there is a similarity. Generally speaking, we want to know if your actions while traveling were in furtherance of the work and scope of employment.

In the 1977 case of Slaugenhaut v. U.S. Steel, the Commonwealth Court of Pennsylvania ruled that injuries could be sustained in the course of employment when:

There is a lot of case law on what it means to be "furthering employer's business." For instance, there are some cases that involve the assertion that someone on a personal break that frequently-and with employer's permission-involved trips to the local store to get snacks for everyone.

But traveling employees have a much broader definition of what it means to be acting in the course and scope of employment. These days, it's not uncommon for workers to frequently drive in order to get to and from job sites. This could include anyone from a home health aid to a construction worker to a delivery driver.

"Traveling employees" are typically those that do not have a fixed location of employment. Workers who travel straight from home to the home of a customer and only check in occasionally may well be considered a "traveling" employee for purposes of workers' compensation coming-and-going. Those cases are much more likely to present a successful challenge to the coming-and-going workers' compensation rule in Pennsylvania.