Why U.S. Roads are More Dangerous Than U.K. Roads 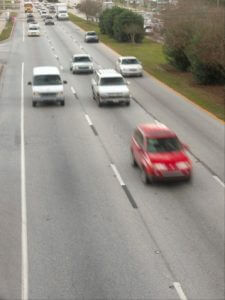 In the United States, there are more than 30,000 deaths due to motor vehicle collisions every single year. In Britain, on the other hand, fewer than 2,000 people lose their lives in motor vehicle crashes annually.

This significant discrepancy in death rates can be explained, in part, by differences in population. Americans also tend to drive much more and for much longer distances than people in the United Kingdom. However, even taking these factors into account, the death toll in the United States is far higher.

Why are so many more people dying on U.S. Roads? According to The Telegraph, one possible reason for the high rates of fatalities in the United States is that personal freedoms seem to trump collective responsibility for preventing accidents in terms of importance. This helps to explain why it can be so hard to get certain driver safety laws passed, and why more Americans die on the roads than people in Europe.

While freedom is important, so too is living up to the responsibility that drivers have to each other. If you or a loved one is hurt in a motor vehicle collision, accident attorneys in Scranton at O'Malley & Langan can help you to understand your rights.

When taking into account population differences, drivers in the United States are about three times more likely to get into a car accident compared to people in the United Kingdom.

Resistance to safety laws can help explain why the roads are so much more dangerous here. For example, only 12 states in the United States have imposed a complete ban on driving while talking on a cell phone. Laws requiring motorcycle helmet use are not universal throughout this country. Even laws related to seat belt use were once controversial, although every state except New Hampshire now requires all motorists in vehicles to buckle up. Still, in 16 states, including Pennsylvania, seat belt laws are a secondary rather than a primary offense. This means that drivers cannot be pulled over for failure to wear a seat belt unless the motorist is also doing something else wrong. However, in Pennsylvania, the failure to wear a seatbelt by children between 8 and 17 years old is a primary offense.

The United States needs to do better in passing regulations that reduce the risk of collisions and reduce the death toll. Unless and until things change and the rules get tougher, drivers need to accept that protecting their right to freedom comes with responsibilities. Motorists should do the right thing and make smart and safe choices when operating their vehicles so they do not endanger themselves or others on the roads.

A Scranton accident attorney at O'Malley & Langan can help.  Call (800) 817-2667 or visit bviomalleydev.wpengine.com  today to schedule your free consultation.