Home > Blog > What Happens When an Independent Contractor in Scranton Is Hurt at Work?

What Happens When an Independent Contractor in Scranton Is Hurt at Work? 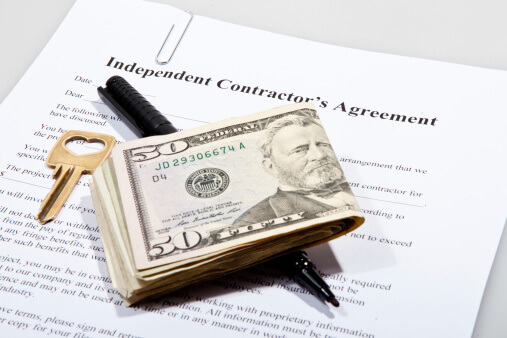 Employers have to buy workers' comp coverage for employees. The purpose of this requirement is so employees will be covered for any work injury. The workers' comp insurer will pay medical bills and give disability income to a worker who temporarily or permanently cannot work or cannot earn as much due to injury.  Unlike with a traditional personal injury claim, a worker who makes a workers' comp claim doesn't need to prove negligence to get benefits.

However, Pennsylvania law is very strict when it comes to who is considered an independent contractor, and it makes companies responsible for providing workers' comp coverage even in many situations where an employer has classified as a worker as a contractor or where a company doesn't directly employ the worker.

If the worker is in the construction industry, there is an even stronger presumption that the individual is actually an employee and there are more requirements to prove that the construction professional is an independent contractor. The Construction Workplace Misclassification Act (Act 72)  explains what those additional requirements are.

Pennsylvania law also defines companies as "statuary employees," under certain circumstances. If an employer is a statutory employer, that means the company is considered by the workers' comp statute to be an employer of a worker even if the relationship might not be a traditional employee/employer relationship.

Section 302(a) of the Pennsylvania workers' compensation law mandates that a subcontractor without workers' comp coverage can be considered a "statutory employee" if the subcontractor regularly does work for the company. A case called  Six L's Packing Company v. Workers' Compensation Appeal Board clarified that section 302(a) doesn't only apply if the worker is on the employee's premises when injury happens. The worker is a statutory employee, and thus an employer is responsible for workers' compensation coverage, whenever the subcontractor is performing work that is a regular or recurrent part of the company's business.