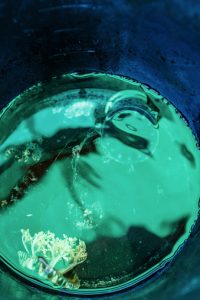 Exposure to all of these different toxins can make people sick. When someone gets sick, this can result in costly medical bills and in some cases, an inability to work or even in death.

Workers' compensation benefits should provide payment for medical bills and coverage for all losses from the illness. However, it can be challenging in some cases to prove that an illness was related to exposure to toxins at work, especially if the illness has many causes and/or if the illness does not develop for a long time after the initial exposure on-the-job.

There is a substantial risk of employees getting sick because of exposure to toxins on the job. One big problem is that there are insufficient regulations applicable to chemical exposure on worksites.

Occupational Safety and Health Administration (OSHA) has established permissible exposure limits (PELs) for certain chemicals. Unfortunately, OSHA put together its list of PELs in 1971 and there has not been a major update since that time which has remain in effect.

In 1989, OSHA tried to issue a major overhaul of its PELs in order to adjust some chemical exposure limits downward and in order to regulate new chemicals which people were now being exposed to on-the-job which had not existed in the past. Unfortunately, in 1992, a lawsuit was filed and OSHA's new PEL rules were struck down in a case called AFL-CIO v. OSHA.

The court determined OSHA should have assessed the permissible exposure levels for each substance and dealt with each substance individually, rather than passing one rule addressing many chemicals. The result of this was that around half of the chemicals OSHA was newly regulating ended up with no regulations at all, and PELs for many of the other permissible exposure levels were set back to 1971 levels.

Regulating each individual substance one by one is virtually impossible. OSHA has passed some new rules on toxic exposure on worksites, including new regulations on silica exposure. However, workers still have insufficient protection under workplace safety laws. Employers can use the resources OSHA has made available to them to voluntarily protect employees from exposure to chemicals that could make them sick. Unfortunately, many employers don't choose to make this extra effort.

If you or someone you love is made sick because of your work duties, you need to understand what your rights are after toxic exposure at work.