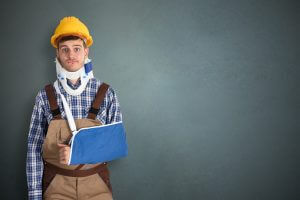 When a safety disaster occurs and worker are hurt or killed, Occupational Safety and Health Administration (OSHA) can issue fines and citations against the company. Unfortunately, these fines have statutory caps and are often too low to really make a substantial impact on deterring companies from engaging in dangerous behaviors.

Employers also can't generally be sued by workers, as workers are relegated by law to making a workers' compensation claim only instead of filing a civil lawsuit against a negligent company employing them. With limited fines and virtually no risk of lawsuit, there is little to deter companies from taking a gamble they can get away with unsafe behavior.

One powerful way to force companies to be better with safety would be to hold CEOs and other corporate executives personally responsible in certain situations where there is an egregious lack of effort to prevent disaster. Safety News Alert, however, reports executives are very rarely held accountable because OSHA and other government authorities are lacking in legal tools they need.

The problem with insufficient legal tools to hold executives accountable was pointed out in a report from Senator Elizabeth Warren's office. The report was called Rigged Justice: How Weak Enforcement Lets Corporate Offenders Off Easy. It listed 20 different criminal and civil cases which occurred over the course of recent years in which both government regulators and prosecutors failed to hold executives accountable for egregious safety issues.

One case, for example, involved a release of methyl mercaptan which led to four employee deaths. DuPont, the company employing the workers, was cited for 19 violations by OSHA and paid $372,000 in fines but no DuPont executives faced personal accountability. Another case involved an explosion in Upper Big Branch mine which killed 29 miners. The former CEO was convicted of only one misdemeanor for failure to fulfill safety standards and the maximum sentence for the misdemeanor was a year in prison.

There were 18 other cases listed as well, all of which involved situations where serious damage was done to health or safety or where workers actually lost their lives. Yet, despite the fact the law is unambiguous in indicating individuals must, by definition, have broken laws when companies did, executives in the organizations weren't prosecuted.

The problem is, laws do not always exist to cover situations where employers and executives fail to fulfill specific workplace safety duties. If a criminal law does not punish the behavior the executives exhibited, and if the behavior doesn't rise to the level which could meet relevant legal definitions of gross negligence, there is little prosecutors can do.

Federal authorities like Occupational Safety and Health Administration (OSHA) also lack funding because of a hostile congress, meaning the agencies are underfunded and have a hard time doing even the basics of their jobs, much less pursuing time-consuming and costly criminal cases.

This is a big problem, and will continue to be one, as long as there are no mechanisms in place to actually make sure company executives can be held accountable for their failures.