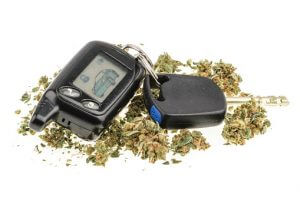 Views on marijuana use have shifted dramatically throughout the United States. In fact, more than 30 states have now made moves towards legalizing cannabis, at least for medicinal purposes, or towards decriminalization of the drug. In some states, the drug has even become legal for recreational use. Efforts have been made in Pennsylvania to legalize medicinal marijuana but the Evening Sun reports that a bill allowing for legalization is unlikely to be approved by the end of this year.

All of this is having an impact on the number of people who get behind the wheel after consuming cannabis products. Unfortunately, a personal injury lawyer knows that THC can have an adverse impact on your driving abilities and increase the risk of a motor vehicle collision. However, since states are moving so quickly towards legalization, the exact impact of marijuana on driver safety is not yet known and an effective regulatory system has not yet been developed.

Marijuana Legalization and Risks on the Road

The number of drivers consuming marijuana has increased in recent years. In 2007, the National Highway Traffic Safety Administration conducted a roadside survey in which it was determined if drivers were intoxicated by alcohol or had consumed marijuana before driving. Motorists who were found to be intoxicated were not arrested but instead were taken home. This study revealed that 8.6 percent of drivers had active THC in their systems at the time when they were stopped.

Since 2007, laws have relaxed considerably on marijuana, so there are likely many more stoned motorists today. According to USA Today, in fact, research from Columbia University revealed a significant increase in the number of motorists involved in fatal collision who test positive for THC. While just four percent of drivers had THC in their blood after a fatal crash in 1999, a full 12 percent of motorists were found to have used cannabis before a deadly crash.

Even though there are now more stoned motorists on US roads, scientists are not sure exactly what impact the use of marijuana has on driving. This has some safety advocates very concerned. In fact, a spokesperson for AAA likened the current system to trying to paint a plane as it is being flown.

When states passed laws on alcohol, the effect of consumption was known and scientists understood the link between alcohol and driver impairment. The same is not true when it comes to consumption of cannabis products. Research has not demonstrated that the amount of active THC in someone's blood is directly correlated to set levels of impairment. Further, data has been mixed regarding the impact of cannabis consumption on driving.

For example, some research has shown that stoned drivers actually drive more slowly and less aggressively, which could be a good thing that helps to reduce collisions. However, other research has found that consumption of THC results in reduced peripheral vision, impaired judgment and delayed reaction time. These are things that make a motorist much less safe on the roads. Further complicating matters is the fact that when consumed with alcohol, marijuana can act as a stimulant.

As more states move towards legalization, researchers and safety advocates had better sort out exactly how to effectively regulate stoned driving before more people get hurt on the roads.