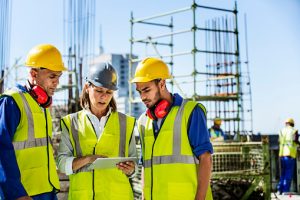 Throughout Scranton, Luzerne, Bradford, Schuykill and Monroe, workplace safety needs to be a top priority to prevent employees from getting hurt on-the-job. The Occupational Safety and Health Administration (OSHA) is tasked with establishing and enforcing safety rules. OSHA is also tasked with inspecting workplaces for safety violations in order to identify when there are problems that could put people at risk. Unfortunately, a workers' compensation lawyer knows that OSHA is understaffed and inspections don't happen as often as they should. In fact, inspections are frequently triggered only if someone comes forward to report safety violations at work or if someone gets hurt on-the-job.

Obviously, it is preferable for dangerous conditions to be identified before an injury or fatality happens. This makes it important for people to be encouraged to come forward when they believe their employers are violating any rules. It is good news, then, that there was a record number of whistleblower investigations by OSHA last year.

According to the National Law Review, there were more whistleblower cases taken on by OSHA in fiscal year 2014 than in the past.

In fiscal year 2014, OSHA took on 3,600 cases over the course of the year. This is 91 more cases than the agency took on over the course of 2013. One big reason for this may be the fact that there has been a lot of media attention focused on whistleblowers receiving monetary awards. This creates more incentive for people to come forward if they believe that they see something wrong going on at their workplace.

The majority of the cases that OSHA took on last year were safety-related cases. In fact, a total of 57 percent were filed under an anti-retaliation clause found in Section 11(C) of the Occupational Safety and Health Act. Another 351 cases were brought under the Federal Railroad Safety Act and 463 were brought under the Surface Transportation Assistance Act (STAA). STAA protects commercial vehicle drivers from retaliation for reporting safety issues and OSHA became responsible for handling investigations of these claims as a result of a 2014 memorandum.

Of course, OSHA may still not be taking on as many cases as it should. OSHA administers whistleblower protections for a total of 22 different federal statutes and the agency needs to have more manpower to conduct better investigations when claims of wrongdoing are made.

OSHA also allows relatively few cases through the initial screening to launch a full investigation. Only 41 percent of claims pass the initial screening. Currently, a preponderance of the evidence standard is used to determine whether to investigate. In 2015, OSHA intends to switch to a reasonable cause standard, which means that the agency may be able to investigate more claims in depth and hopefully be better able to protect people who report important safety concerns.

Although there is room for improvement, at least the agency appears to be moving in the right direction.