Home > Blog > Is time a factor in workplace injuries?

Is time a factor in workplace injuries? 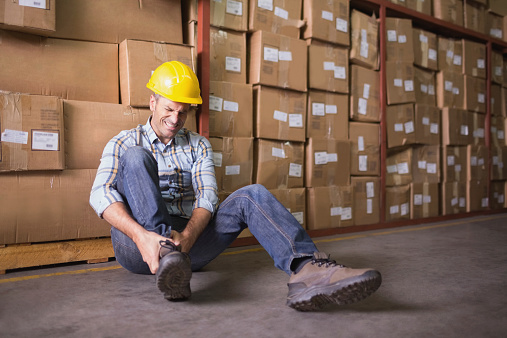 When it comes to being injured on the job, time may be more of a risk factor than previously believed.

Some hours at work are apparently more dangerous than others.

New research out of Oregon State University has discovered a link between the time of day and the likelihood, as well as the severity, of employee workplace injuries.

In Pennsylvania, workers’ compensation - sometimes called workmans’ comp - provides financial assistance to injured workers and their families for a variety of expenses, including medical care, temporary disability, and death.

The riskiest hour for workplace injuries is …

Oregon State researchers found that the most dangerous hour on the job is the fourth hour of a work shift.

The risk of injury increased throughout the morning and peaked about halfway through an eight-hour shift, researchers said. The hourly injury rate decreased after that, except for a spike in injuries right before the end of a shift.

Oregon State University researchers said they hope their findings can be used to better tailor safety interventions in the workplace.

In addition to pinpointing the most accident-prone hour of work, the study also noted that people who work evenings and night shifts experienced more severe injuries than their dayshift colleagues.

What Exactly Is Workers’ Compensation?

Often, it is necessary for injured workers to fight for their rights and the fair compensation they deserve.

Getting an experienced workers’ compensation lawyer to represent your claim can make the difference in whether a claim is accepted, and which benefits programs a workplace injury victim can access.

Short Window to File a Claim

In Pennsylvania, there is a statute of limitations on when a workplace injury disability claim can be filed - so consulting a lawyer soon after the initial incident is important. At O’Malley & Langan Law Offices, our dedicated workers’ compensation lawyers have been standing up for injured employees in the Scranton, Pittston, and Towanda areas since 1990.

Who Can File a Claim?

A workers’ compensation claim can be filed over a multitude of injuries including asbestos exposure, amputation, burns, carpal tunnel syndrome, electrocution, and traumatic brain injury, as well as back, neck, hip, knee, shoulder, and elbow injuries.

How Do I File a Workers’ Compensation Claim?

Starting a workman’s comp claim can be a difficult and confusing process. A wrong move on the benefits application could cost an injured or sick person their future health and financial stability. For guidance and a free consultation, contact O’Malley & Langan Law Offices 24 hours a day, seven days a week.