Home > Blog > Is This Maximum Sentence for a Coal CEO a Deterrent to Violating Safety Rules?

Is This Maximum Sentence for a Coal CEO a Deterrent to Violating Safety Rules? 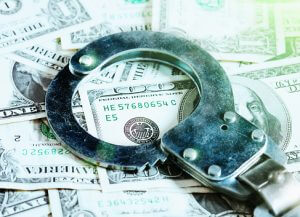 Massey Coal is a company with a long history of safety violations. The coal company had been cited numerous times and been fined. Unfortunately, as is common when workplace safety issues arise, the fines were too low and inspections into the company's affairs were too uncommon to actually get the company to change its behavior and do anything to protect vulnerable workers.

The company's history of cutting corners and failing to take even the most basic safety steps resulted in serious consequences. A buildup of coal dust and flammable gases, including methanes, caused an explosion and fire which ripped through a mine. There were 29 workers who were killed in the tragic incident. After their deaths, federal prosecutors got involved and decided to prosecute the CEO as well as several other managers who had a direct role in failing to follow the safety regulations which led to the deaths of 29 people.

CEO Gets Maximum Sentence - But is it Enough?

The CEO was brought up on multiple charges by federal prosecutors, including several charges related to making false claims and securities fraud. Had the CEO been convicted of all of the different counts he was indicted on, he would have been sentenced to 30 years imprisonment. This would likely have been a life sentence due to his age.

The jury, however, convicted him of only one count related to conspiracy to violate mining safety rules. There was evidence presented the CEO had required progress reports every half hour, had micromanaged mine operations, and had encouraged workers to cut corners. This conspiracy to violate the rules was the direct cause of the deaths of the workers. Yet, despite the devastating consequences which resulted from the CEO's actions, the maximum penalty for this offense was just a year. The financial crimes, which would not have caused anyone's death, carried much longer sentences.

The CEO was sentenced to the maximum one year imprisonment, as well as an additional year of supervised parole and a fine of $250,000. He has indicated he intends to appeal this sentence, according to Safety News Alert. He made a statement expressing sorrow for the families of the miners who died because of his company's failure to follow safety procedures, but he insists he did not commit any crimes. His lawyers are hoping to get the sentence overturned and to get a new sentence of just probation and a fine.

Worker safety advocates, however, argue the sentence is likely far too lenient given the gravity of the outcome. It is very rare for CEOs or executives to ever be prosecuted when their companies violate safety rules, so the threat of prosecution does not serve as a very effective deterrent as it is. When the sentence for actions causing 29 deaths is just a year imprisonment, the slim threat of prosecution becomes even less of an incentive to do the right thing and follow safety rules.