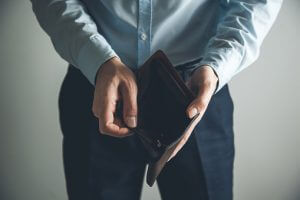 A workplace injury that leaves you unable to work can result in dependence on workers' compensation for income and for payment of bills for essential medical care. Workers' comp benefits are available to those who suffer injuries while thy are performing work duties. You can get workers' comp coverage if you got hurt doing any job-related tasks you were required to perform.

Workers' comp is supposed to ensure injured employees are cared for. Unfortunately, workers' comp programs throughout the United States are being modified in ways that hurt workers. Changes to workers' compensation laws are making benefits eligibility more narrow and making it harder for injured workers to receive benefits. The benefits employees do receive are also being cut so there is less money available after a work injury.

This is always a hardship, but can be an especially big issue during the holiday season when National Federation of Retailers indicates people will spend over $800 on average on holiday gifts and events.

Workers in Pennsylvania who get hurt at work should get workers' comp payments for loss of wages up to 2/3 of weekly benefits, subject to maximum limits set by the state. Receiving less than your full salary can make it hard to pay the regular bills, much less to be able to participate in any type of holiday activities.

Unfortunately, it is not just during the holidays that injured employees face hardship. According to NPR, reports from ProPublica about the changes to workers' comp laws across the country have prompted concern from federal lawmakers. Ten democrats responded to the ProPublica report, asking for action. The response from the Labor Department was to prepare a report offering suggestions.

The Labor Department proffered the idea of restarting a 1970's Nixon era commission which was empowered by the federal government to assess state workers' compensation rules and determine if minimal quality standards were met. Another proposal was for congress itself to promulgate rules on what type of minimum benefits and protections workers' compensation laws would be require to have. If it was discovered that a state had failed to comply with standard set by a federal commission or by congress, it would be possible for that state to be placed under federal oversight.

The Labor Department's suggestions are good ones, which would go a long way towards making sure some states don't deprive their workers of essential benefits after an injury. Unfortunately, the suggestions are unlikely to be heeded as the government transitions to a new president in Washington, D.C.  Unless and until something changes, workers will continue to face financial struggle not just over this holiday season but during the entire time they receive benefits under workers' compensation.