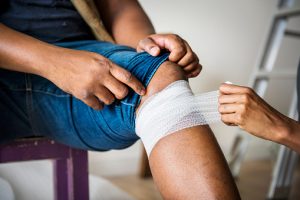 If Congress does not take prompt action, individuals receiving Social Security Disability (SSD) benefits could find themselves facing a 20 percent cut in benefits by the end of 2016. The Washington Post reported the trust fund intended to provide income to disability patients is expected to be depleted by the fourth quarter of next year. Approximately 10.9 million people depend upon money from this trust fund to provide them with income to pay necessary bills and living expenses.

An experienced Social Security Disability lawyer knows a cut in benefits could be catastrophic. Unfortunately, lawmakers are unable to agree on what they should do to solve the problem and protect beneficiaries. Both short and long-term solutions are being proposed, including imposing new limitations preventing people who receive unemployment benefits from also getting Social Security benefits. The reality, however, is many people with disabilities are struggling and any changes should be focused on protecting the disabled and getting them more, rather than fewer, benefits so they can better afford their medical needs and other costs of living.

The Hill reports both Democrats and Republicans have made it clear they are opposed to cutting benefits for disability recipients. The question is whether the two opposing political parties will be able to find a compromise before time runs out.

One possible option is a simple reallocation, which means payroll tax revenue will be moved from the Social Security retirement program to the disability program. Such re-allocations have happened uneventfully in the past. The fix would be short-term, however, and could result in the retirement trust fund being depleted sooner.

Other possible options include considering varying proposals to reform the benefits program. It has been decades since the Social Security program has changed. Back in 1980, a bipartisan commission called for increasing the retirement age, partially taxing Social Security benefits, and increasing the payroll tax. The changes were implemented in 1983, during the same year that the trust fund for Social Security was expected to be depleted. Often, it is a crisis situation like the trust fund running out of money that prompts lawmakers to make substantive changes.

Today, the McCrery-Pomeroy SSDI Solutions Initiative aims to provide advice to lawmakers on substantive changes that could be made to reform the disability benefits program and solve the funding problems it now faces. The Initiative is spearheaded by two former lawmakers (a democrat and a republican with a combined 40 years in Congress) who claim to want real reform to the system. The proposals include reforming the process of determining who will receive benefits, changing outdated eligibility criteria, improving interaction of SSD with other government benefits programs, and finding new ways to fight fraud.

Lawmakers must carefully consider proposals designed to help ensure the long-term viability of the SSD program. However, it is imperative that the primary focus of all lawmakers is ensuring no benefit cut takes effect for those depending upon SSD for their survival.