Death Benefits for Treatment of a PA Workplace Injury? 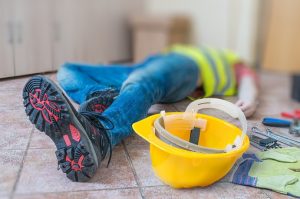 Pennsylvania workers' compensation law provides death benefits if a worker is killed on-the-job. For the benefits to be available to widows, widowers, children, or other dependents, the death must have occurred as a result of performance of job tasks. In some cases, it is relatively straightforward to determine the work injuries were the cause of the fatality.

In other situations, however, there is a dispute regarding whether the death was directly attributed to the injuries that happened on-the-job.  One recent case, for example, involved a man who lost his life as a result of the treatment he was receiving for the workplace injuries. This can occur in many different situations, such as when a worker who has sustained an on-the-job injury must undergo surgery and dies due to complications of the procedure or when a worker who must take medications is killed by a problem with the drugs he has been prescribed.

When the workplace death is caused by the treatment of injuries, the surviving family members may still be entitled to death benefits through workers' compensation. However, it will be up to the family to show the death was actually work-related and the on-the-job injuries were a causal contributing factor.

One recent California case addressed the question of whether a death due to work injury treatment should entitle the widow and surviving children to workers' compensation death benefits. In this case, reported on by Safety News Alert, a man who was performing carpentry work fell eight to 10 feet. His fall occurred in 2008 and he was prescribed multiple medications by his workers' compensation physician to treat his resulting back pain, neck pain, and head injuries caused by the fall. These medications included an anti-depressent as well as two pain killers (Vicodin and Neurontin).

Although he was undergoing treatment by the workers' compensation doctor, he found he was still not able to sleep.  He went to his own doctor and was prescribed Xanax to serve as a sleep aid.

In 2009, his wife tried to wake him up but was unable to do so. He was pronounced dead at the scene and a subsequent autopsy report revealed an accidental overdose occurred due to a toxic combination of the medications he had been prescribed. The medications, acting independently or acting together, had a high potential for causing respiratory distress.  Because of his medications, early pneumonia developed, his breathing was affected, and he passed away.

His widow sought death benefits for herself and her children through workers' compensation. The benefits were denied at first because there was evidence to suggest the Xanax prescribed by the personal physician was a big causal factor in the death.  The case made it all the way to the California Supreme Court.

The California Supreme Court held the injury was work related and death benefits were appropriate. The work injury and treatment prescribed by the workers' compensation physician was a contributing factor in the fatality, and this was enough to make the widow entitled to death benefits.

Cases where work injury treatment leads to fatalities can be complex.  It is important to make a solid legal argument that benefits are deserved.