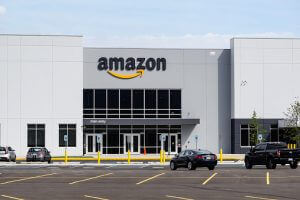 Amazon's fulfillment centers were listed on the National Council for Occupational Safety and Health list of the top twelve most dangerous workplaces in the US, and it's not hard to see why.

These warehouses are as known for their mistreatment of their employees as they are for their ability to deliver any item you can imagine.

One worker, Vickie Shannon Allen, was injured on the job last October. Ms. Allen's workstation was not properly equipped with the right safety gear. As a result, she was doing repetitive manual labor in an unsafe physical position. This lead to a debilitating back injury and months of fighting with human resources and other Amazon representatives.

"I tried to work again, but I couldn't stretch my right arm out and I'm right-handed. So I was having a hard time keeping up," Allen said. She repeatedly drove 60 miles to the distribution center just to be turned away, without pay, as a result of her workplace accident injuries.

This battle went on for months, with Amazon frustrating her every attempt to heal and return to work. Eventually, Vickie Allen lost her home, put her belongings in a storage unit, and began sleeping in her car. And still, Amazon did nothing.

"They offered me a buyout," said Vickie Allen, "only for $3,500, which meant I would have to sign a non-disclosure agreement to not say anything derogatory about Amazon or my experience."

By offering her a settlement so small that it couldn't begin to cover the medical costs that had already accrued, Amazon sought to make the problem, and Ms. Allen, go away. The company did not take responsibility for their actions. Poor working conditions and a lack of proper safety protocols led to Ms. Allen's accident. She has had to endure nearly a year of pain, suffering and even homelessness as a result of Amazon's lack of proper care for her and their other employers.

This has to stop. Amazon cannot continue to treat their employees with such blatant disregard. If you or a loved one have been injured while working at one of Amazon's many fulfillment centers, contact the Pennsylvania workers' compensation lawyers at O'Malley & Langan today. We will fight for workplace accident victims who have been affected by employer negligence.