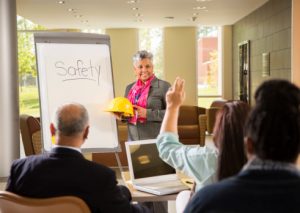 The Occupational Safety and Health Administration is one of several federal agencies that has released its Fall 2014 regulatory agenda. The agenda details final rules that the agency expects to release over the course of 2015.

OSHA's rules are intended to protect workers in Scranton, Bradford, Schuykill, Lehigh, Monroe, Wyoming and Wayne counties and surrounding areas. It is important for employers and workers alike to both keep up-to-date on new OSHA requirements and regulations.

Employers need to know what their new obligations are to workers and employees need to know what they are entitled to as far as a guarantee of a safe workplace. However, workers also need to remember that while OSHA rules are important, they are not directly relevant to making a workers' comp claim. Even if your employer followed OSHA protocol, you can still speak with a workers' compensation attorney about getting injury benefits if you get hurt on-the-job.

OSHA has provided information on three final rules that the agency has plans to issue in 2015. These include:

Although these rules will be the principal accomplishments of OSHA at least for the beginning of 2015, there are also some other proposals under consideration. For example, OSHA plans to draft and issue a rule toughening safety requirements for communication tower workers. These workers have more than 10 times the fatality rate compared with construction workers.

OSHA must balance practical concerns of businesses about cost with the need to keep people safe. The agency is underfunded, understaffed and far from perfect, but it its rules can make a real difference in employee lives.